Year 4 visited Highgate cemetery in order to bring their History topic to life. We had a tour of the West cemetery and explored the East cemetery ourselves. The children were blown away by the stories they heard and the sights they saw.

In the East cemetery, we visited the famous graves of Karl Marx, Patrick Caulfield and George Eliot. The children were very surprised to hear that George Eliot was in fact a woman author, who disguised herself as a man as she felt that women authors were not taken seriously. They were also very interested in the work of Karl Marx, and we spent time thinking about the meaning of the famous quote on his gravestone “workers of all worlds unite”.

We spent time finding some of the grave symbols we had been studying, such as the clasped hands, angels, anchors and inverted torches, and discussing why they might have been chosen for particular graves. 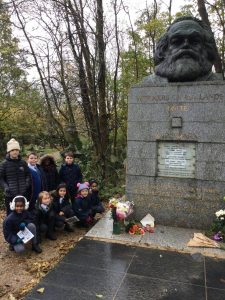 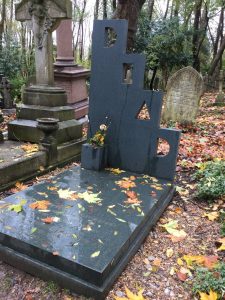 In the West cemetery, our fantastic tour guides brought us to the main sites, such as the graves of Thomas Sayers and George Wombwell, which had sculptures of their beloved animals. We heard stories (some gruesome) about their lives and discussed the legacies they had left behind. 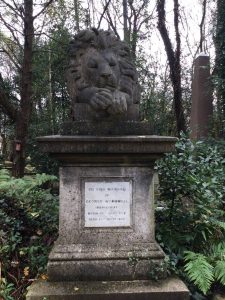 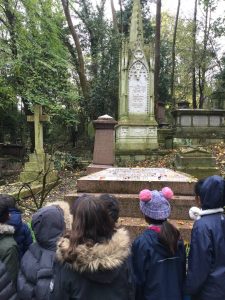 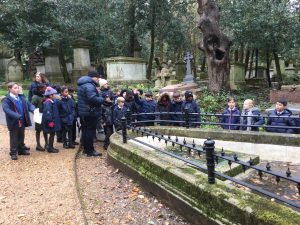 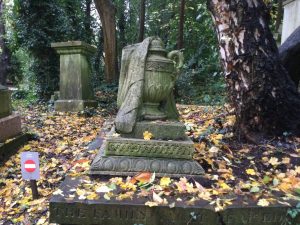 We then ventured into ‘Egyptian Avenue’ to find the rare orb weaver spider! We learnt that Victorians had a strong interest in Egypt and had used inspiration from Egyptology to design their tombs. At the end of the avenue, the Circle of Lebanon, which was originally built around the cedar tree of Lebanon, featured a range of mausoleums. These led us to the catacombs. Luckily, we had the opportunity to go inside to learn about the famous people buried here. This included Robert Liston, a Scottish surgeon who specialised in amputations. Known as the ‘fastest knife in the West End’, he could remove a patient’s leg in under 30 seconds. 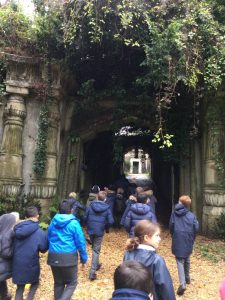 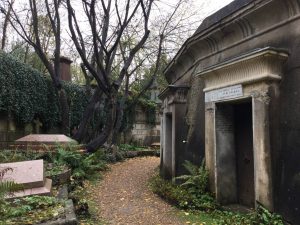 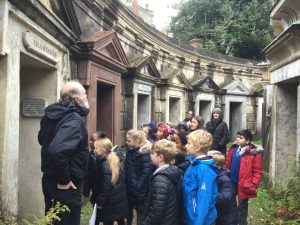 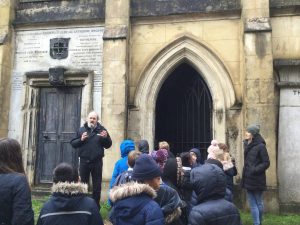 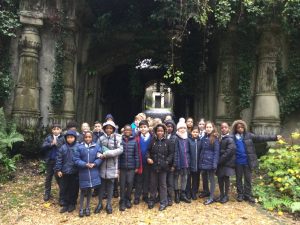 This was a tremendous trip which enabled the children to appreciate the depth of history the cemetery has to offer – right on our doorstep too!