This week Nursery have been making beautiful sea creatures such as jellyfish and starfish for their new role play areas. White class have had an exciting time decorating their beach area, whilst Pearl Class have had a fantastic time acting out being pirates and exploring ‘Pearl Pirate Paradise’. 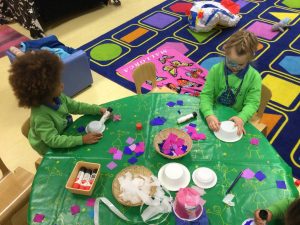 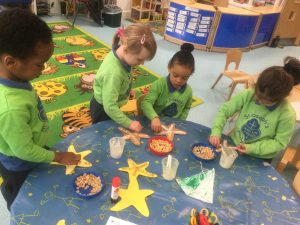 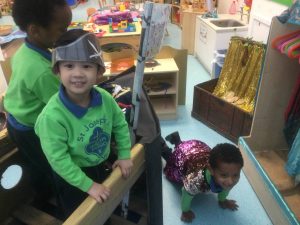 We used shapes to make pictures such as sea creatures, using a special technique we learnt called ‘tessellation’. We even did this on the interactive whiteboard! 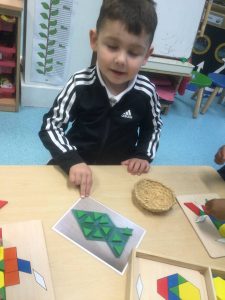 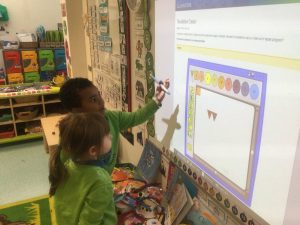 We also acted out a subtraction story in maths: our own Rainbow fish gave 1 scale away to his friends and we counted how many were left each time. Finally we hot-seated the Rainbow Fish characters and acted out the story with masks, props and instruments. What an exciting week! 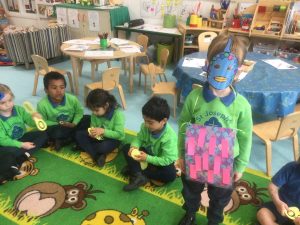 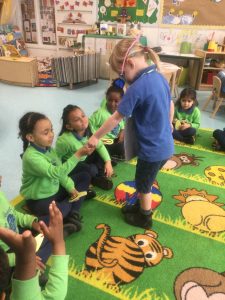 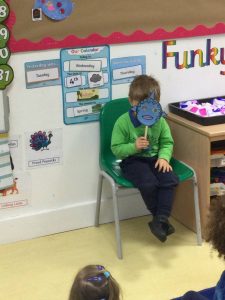 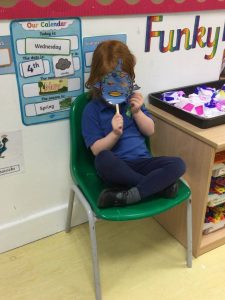