On Monday this week the children arrived at school and found the classrooms in disarray as chairs and bins had been toppled onto the floor and there were feathers everywhere. 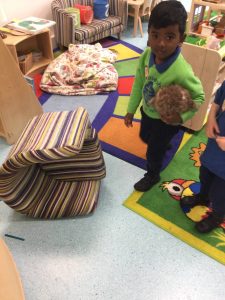 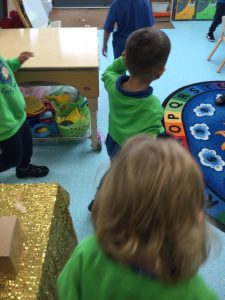 The children took out the magnifying glasses and began to look for clues as to what they thought could have made the mess. James said “It’s a bird.” Adriel said “chick.” Sebastian said “hens.” 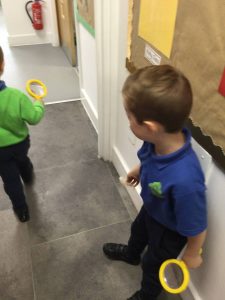 Some of the children drew what creature they thought had come into our classrooms. 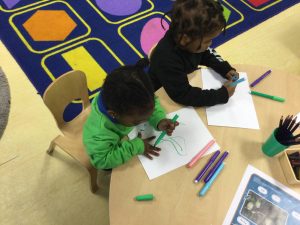 We found out later that it was an owl from the story ‘Owl Babies.’ The children listened as we read the story and joined in with the repeated refrain ‘I want my mummy,’ in the book. The children then created their own owls using a range of different materials. 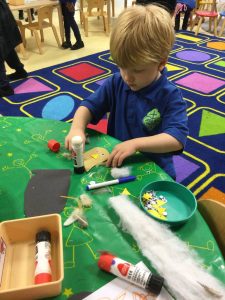 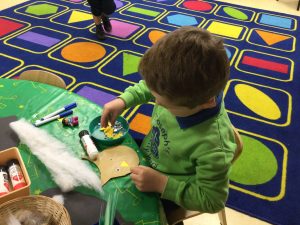 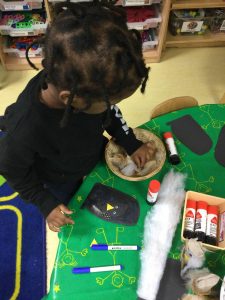 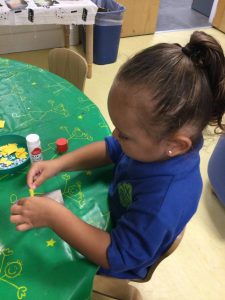 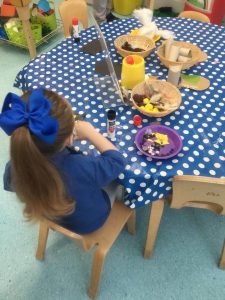 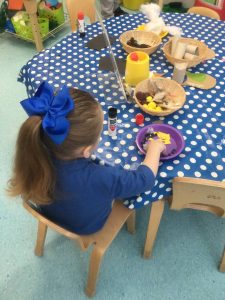 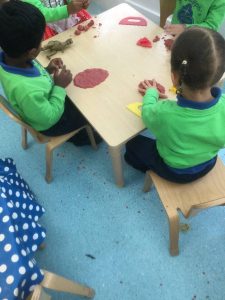 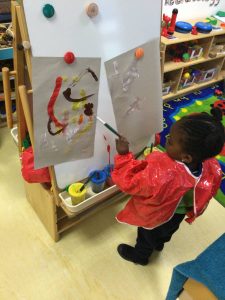 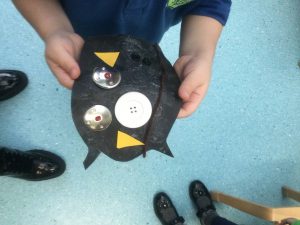 We have had lots of fun in Nursery this week. We can not wait to see happens in Nursery next week!