There was bubbling and fizzing galore in science this week as we explored the chemical change that takes place when bicarbonate of soda (an alkaline) mixes with an acid.  We know that this is a irreversible change because a new product is created.  In our groups, we came up with our own question to investigate.  How do different acidic liquids react with bicarbonate of soda?  Does the temperature of the liquid change the reaction?  How does different amounts of liquid change the reaction?  We had apple juice, tropical juice, fizzy drinks… and and big bowls to stop things getting too messy. 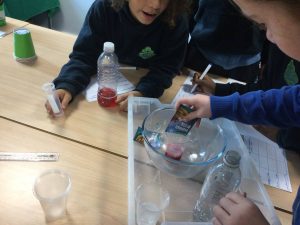 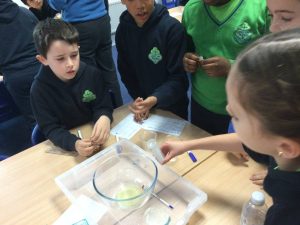 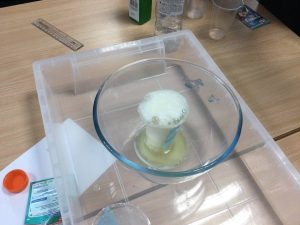 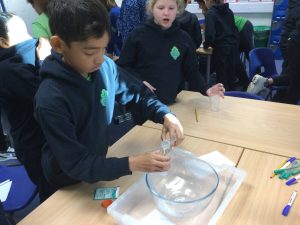 In history, we finished creating our own posters on Viking Longships.  Did you know that the Vikings tied theirs shields over oar holes to protect them in battle? The boats were made so that they could go in both directions and they were light enough that Vikings could carry them ashore.  In 1880, a team of archaeologists discovered a Viking longboat buried under the ground in a farm in Norway. The Gokstad ship is 23 metres long and is now in a museum in Oslo, Norway. 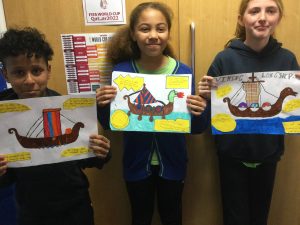 In R.E., we were learning about Judaism and the Seder Plate used at the Passover Meal.  We wrote about how each food was a symbol linking to the story of the Israelite escape from Egypt, as seen in the book of Exodus! 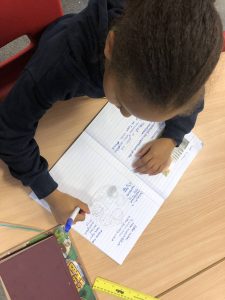 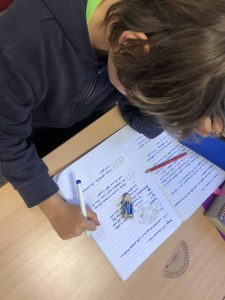 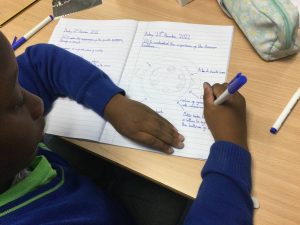